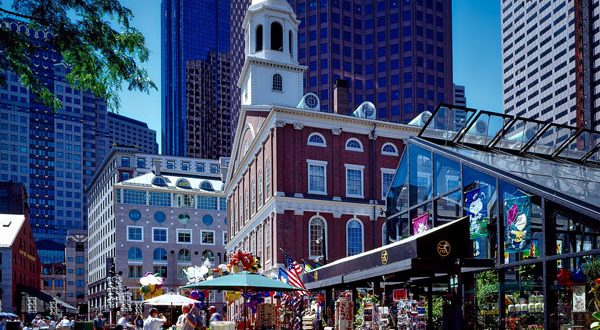 Boston, Massachusetts is the most historic large city in the United States. Together with its’ environs it is the largest conurbation in New England. New England includes the North-East US states of Maine, Vermont, New Hampshire, Massachusetts, Connecticut and Rhode Island. It is a centre for learning, technology, finance and tourism.

Unlike New York, about 200 miles to the South, Boston has a more familiar feel to Europeans. There are fewer really tall buildings, plenty of open areas and European influenced architectural styles on some older buildings. You can be readily appreciate the city’s beauty by following the freedom trail, a circular walk taking in many historic sites.

The City Centre (Downtown) is quite compact, being surrounded by water on three sides. This is evident soon after arrival from the airport at East Boston as you enter the long Sumner Tunnel to deliver you to the city. The Charles River is the major water way to the North, separating Boston from its neighbour, Cambridge.

Not far to the North, the state of New Hampshire is famous for its Autumn (the Fall) colours, possibly the most spectacular on the planet. To the South there is Cape Cod.
Weather tends to be a bit more extreme than we are used to. Mid Summer days are hot and humid contrasting with some incredibly cold ones in Winter.

You may have already recognised some familiar places names, there are plenty more; Essex and Suffolk are counties, whereas towns include Andover, Wilmington, Winchester, Melrose, Woburn, Reading and Wakefield.

Close to the waterfront is Faneuil Hall and the Quincy marketplace. Prepare for crowds. Admire the architecture and watch the people. There is food for all tastes, entertainment and shopping.

Boston Common, fifty acres of parkland provide a lung for the city, dating back to the seventeenth century it has been the location for much of the city’s and nation’s history.

The Massachusetts State House is a grand building dating from about 1800, still in use for the state government, it is open for tours.

Paul Revere is a legendary figure; famous for his midnight ride during the war of independence, to warn leaders John Hancock and Samuel Adams that British soldiers were closing in on them. His house is the oldest building in Boston, it’s colonial style would not look out of place in the south east of “old” England.

Cambridge, just across the river, like its UK counterpart is famous for education. Harvard dating back to 1636, is the nation’s oldest university. Close by is MIT, the Massachusetts Institute of Technology. Both establishments rank in the world’s top ten universities.

The USS Constitution is an historic wooden ship and museum. The ship played its part in the war of independence and is still a commissioned warship.

Getting there, Eating and Sleeping

There are direct flights from the UK to Boston’s Logan Airport.

Budget and upmarket hotel chains cover a broad range of prices. Popular places to stay areas are the waterfront and Copley Square. Prices drop sharply outside the city.

Seafood is very popular. Legal Seafood is a local chain and highly recommended. Clam Chowder, a local speciality is a rich creamy clam based soup. It’s filling, a cup will probably be enough unless you are really hungry, 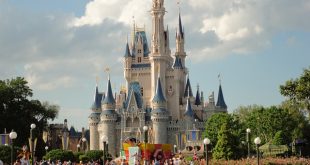