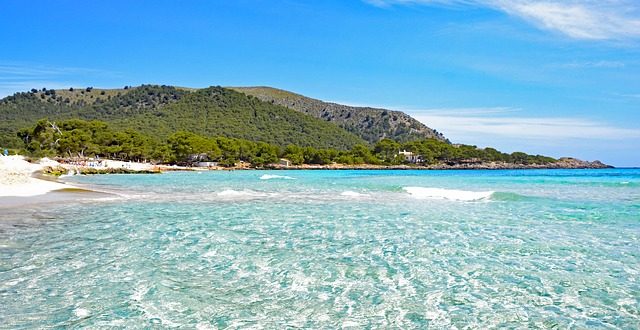 Spain is well-known for glorious weather nearly all year-round. Whether you want a beach holiday, a city break or perhaps golf, Spain delivers. Not surprisingly, Spain is the number one UK tourist destination.

Our new Spain travel guide will give you an insight into the country and help you plan your holiday.

Spain is located in south-western Europe on the Iberian Peninsula. The Spanish mainland is bordered to the south and east almost entirely by the Mediterranean Sea. To the north is France and the Bay of Biscay. To the west is the Atlantic Ocean and Portugal. Spanish territory also includes the Balearic Islands in the Mediterranean and the Canary Islands. Due to Spain’s geographical situation the climate is extremely diverse; roughly described as Continental in the inland areas, Mediterranean along the coasts to the Pyrenees, and Oceanic in Galicia and the coastal strip by the Bay of Biscay.

A beach holiday in Spain

Take it easy and work on your tan. The Costa del Sol area and Marbella are popular places for beach holidays in Spain. Check out resorts like Torremolinos and Mijas Costa, you’ll be spoilt for choice with all-inclusive hotels, self-catering apartments or villas. The thousands of miles of beautiful coastline are perfect for sailing. If you like independence, a self-drive holiday around the coast, could be the answer.

The Balearic Islands are rightfully popular. Four astounding islands; Majorca (also known as Mallorca), Ibiza, Formetera and Menorca. Much like the coast of the mainland, the Balearic Islands are home to gorgeous golden beaches. Away from the beach you can uncover a dazzling array of festivals and cultural attractions. These islands have a rich fishing industry so you will be able to tuck into some fantastic seafood dishes.

Art and nightlife are the two main reasons to visit Madrid. The city is compact and easy to navigate on foot – most of the sights of interest are found in the downtown area. The city sits atop a plateau and is the highest capital in Europe, making its climate somewhat extreme with steaming hot summers and bitterly cold winters. Madrid is home to Plaza de Toros, Spain’s largest bullring, along with football teams Real Madrid, and Atletico de Madrid.

Barcelona has the buildings and grandeur of a capital city. It is deservedly among Europe’s most visited cities. It has it’s own Travellers Club Guide

A golf holiday in Spain

If golf is your thing, or you just want some time off of the beach to work on lowering your handicap, Spain has it. It is one of most popular golfing destinations with over 300 golf courses both on the mainland and throughout the various Spanish islands. There are also numerous driving ranges and golf schools that you can attend. With an abundance of golfing package deal holiday’s available things couldn’t be easier for you.

Because of its wide variety of climate, Spain has a greater variety of natural vegetation than any other European country. Nevertheless, vegetation is generally sparse. In the humid areas of the north there are deciduous trees (including oak, chestnut, elm, beech, and poplar), as well as varieties of pine. Pine, juniper, and drought-resistant shrubs predominate in the dry southern region. The Canaries support both Mediterranean and African flora. A small, yellow-tinged finch on the islands has given the name “canary” to a variety of yellow songbirds widely bred as house pets. You might like to check out the nature and landscape at the National Park in Sierra Nevada.

There are no health risks associated with travel to Spain, and no vaccination certificates are required for entry. Most visits to Spain are trouble-free, except for street crime, which is common in the big cities, and travellers are advised to take precautions to avoid theft of passports, credit cards, travel documents and money. Be wary of strangers offering or asking for help of any kind, as it is often a distraction for accomplices.

Smoking in public places is banned and stiff fines will be imposed for smoking in areas such as enclosed public spaces, areas where food is prepared and sold, public transport, bars and restaurants, and any places that cater for children. Drinking alcohol in the streets of Madrid, and in the Canary and Balearic Islands is illegal. British citizens must hold a passport, but no visa is required for a maximum stay of three months. Spain is +1 hour (GMT) and a flight from the UK is approximately 2.5 hours long. 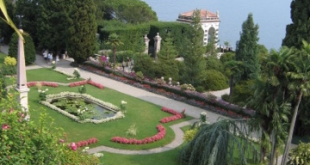