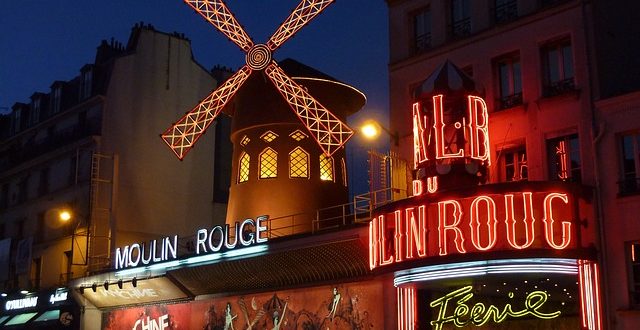 Paris and London have much in common, they are both capital cities, both magnets for tourism and both dominate their nation’s economies. They are though very different in character. Whereas London retains much of its’ medieval street plan with narrow streets, Paris by comparison has grand avenues and vistas thanks to the work of Georges-Eugène Haussmann in the nineteenth century. London is a mix of old and new, Paris meanwhile has confined most new and tall construction to the West of the city at La Defense.

For many visitors, observing the city and the architecture is as rewarding as visits to some of the attractions. A guided bus tour is a good place to start and can help in choosing priorities. Exploring on foot, you could start at Place de l’Étoile (now more correctly Place Charles de Gaulle), this is the meeting point of twelve avenues radiating outwards. At the centre is the Arc de Triomphe, it is also a place to witness some pretty crazy driving!
The grand East-West Avenue, the Champs Elysées starts here and heads East. It is worth further exploration with many shops, bars and restaurants to tempt you. Be prepared for a long walk across the city, ending at the Place de la Concorde, the principal square beyond which is the Tuileries Gardens and then the Louvre Museum.

There are flights from most British airports, most fly to Charles De Gaulle Airport north of the city. Eurostar is the most popular option from London, it takes you to Gare du Nord which has connections with both the Metro and RER. Gare du Nord lacks the splendour of London’s St Pancras but makes up for it in size and the routes offered.

Forget driving, the traffic is a nightmare and parking close to impossible. The Metro is easy to use and fairly cheap with one fixed rate fare. The stations are just below ground and are closer together than in London, sometimes it is quicker to walk. The lines have numbers rather than names.

In addition to the “old” Metro, there is the RER network. These are full sized trains running greater distances and with less stops at a deeper level, (Crossrail is London’s rather late equivalent). The RER is a good way to get from Charles De Gaulle airport to the city, but be prepared for crowds, the lines are designated by a letter. Only use Taxis with a sign on the roof.

There is far too much to see in one short visit, so it is a case of prioritising based on your main areas of interest and time. At peak tourist times, queues can be long, so allow plenty of time. Most people’s lists include;

Needless to say, there are some very good restaurants in Paris. You don’t though need to pay a fortune for good food. Intense competition helps, look out for Plat du jour, dish of the day offered at a fixed price. For lunch consider an impromptu picnic.
As in most cities, venturing away from the main tourist routes usually reduces the price. In bars pricing can vary if you stand, sit in or sit outside.
Hotel prices are high, it is after all, one of the most expensive places to live. High prices, don’t always indicate top quality, demand allows some pretty mediocre places to survive. It is well worth sticking to reliable brands or doing your homework before you book. If you choose to stay outside, make sure you are handy for a Metro or RER station.

There is no shortage of places to entertain you with hundreds of theatres, cinema screens and concert venues. The Paris Opera is a stunning architectural masterpiece. More famous perhaps are the cabaret clubs; the Moulin Rouge with its iconic red windmill and the Folies Bergère.
Tourist Information