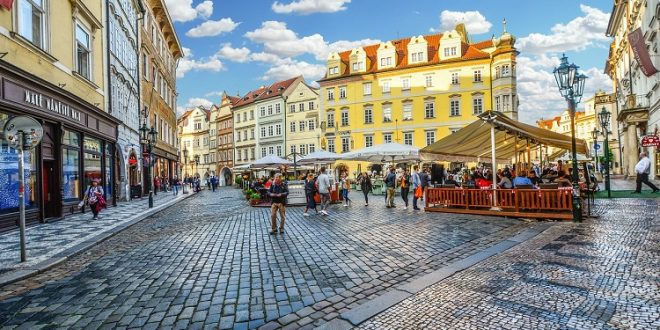 Prague is one of Europe’s most beautiful and historic cities.

Prague Castle was constructed around the ninth century, although there was already a settlement. Over the centuries the city’s fortunes have been mixed. It suffered during both world wars and under Soviet control. In 1968, the Prague Spring, an attempt at introducing some democracy was ruthlessly crushed by Warsaw Pact troops. Since the fall of the Soviets in 1989 and the dividing of Czechoslovakia in 1993, the city as the capital of the independent Czech Republic has prospered.

The city’s metropolitan area is home to over two million people and now welcomes over six million visitors a year. It’s a city of spires and colourful historic buildings.

The city centre is deservedly a UNESCO World Heritage Site, just walking around the centre, taking it in, is a pleasure. Specifically, here are some attractions to put on your “must see” list;

Old Town Square as the name suggests is historic, with many of the cities sights, it’s also a good place to dine and sample the local beers. In the square, Prague has the world’s oldest working Astronomical Clock on a wall of the old town hall.

The Charles Bridge is a magnet for tourists and souvenir sellers, built in the 1300’s the bridge crosses the River Vltava linking the old town with Mala Strana.

Prague Castle dominates the city, it’s the largest ancient castle complex in the world and is the official residence of the nations president. The complex includes, the royal palace, St Vitus cathedral as well as other churches, art galleries, museums and numerous historic sites.

A more recent and unusual site, is the Dancing or Fred and Ginger house.

Since independence, they’ve been openings of new hotels in and around the city. Hotels outside the centre are generally cheaper such as those near the congress centre yet are easily reached using the modern metro.

There’s a wide choice of food on offer covering most tastes and budgets. Street food is also popular. There’s a strong cafe culture, the Grand Café Orient is the place to go for architecture with your drink.

The Czechs are rightfully famous for their beer, sample their Budweiser Budvar. It’s nothing like or anything to do with a similarly named product from the US.