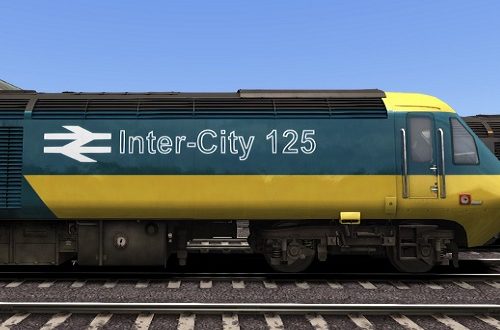 Farewell to the Inter City 125

Over the next few years, our fleet of Inter City 125s after more than forty years of faithful service are being replaced by new trains from Hitachi. They are an icon of our transport system, deserving “classic” status equal to Mallard and the Flying Scotsman, here is why!

First, we will go back another decade to the mid 1960’s, a certain Dr. Beeching came to the conclusion that Britain’s railways were in a mess, losing millions and decrepit. He advocated closing half the system, basically leaving commuter routes around London and developing an Inter City network. Many towns and villages were left without rail service. Thousands lost their jobs and the public lost faith, choosing the car or coach instead.

Despite the doctors surgery, by the 1970s, ten years later, our railways were at rock bottom. The Inter City network was there, but journey times were slow and much of the rolling stock was at or beyond end of life. Outside of the commuter routes, passenger numbers were falling. Train travel even on the primary routes was a miserable experience. The very idea of investing in rail at that time was an anathema to politicians and the public.

Fortunately there were a few people in senior positions in British Rail with a vision, a bold one. Somehow they succeeded in getting a reluctant government to back their plan, the result was the saving of our national railway system. In 1976, in a blaze of publicity, our modern railway system was born, since then its gone from strength to strength, such that we are now reopening closed lines and planning new ones.

The Tale of Two Trains

When our first railways were built, the Victorians conscious of what an early steam locomotive could manage to pull, tended to go around hills rather than over them. This was also much cheaper than tunnelling or making cuttings. As a result, early routes such as the West Coast Main line from London Euston to Birmingham, Manchester and Glasgow is rather bendy, not ideal for high speed travel. Building a new straighterline (as we are doing now with HS2) was out of the question in the 1970’s. So the engineers came up with another idea, a train that tilts around curves similar to motorcycling.

The Advanced Passenger Train or APT showed much promise. Whether it was too ambitious for the time or due to insufficient budgets, it proved unreliable. The project was embarrassingly scrapped further damaging the railway’s reputation.

Proof that the concept was right is evident with today’s Italian made Pendolino trains. Delivering moderately high speeds on our “bendy” track network.

Fortunately, not all the eggs were in the APT basket. A separate team of engineers, were working on a new train. Not as revolutionary as the APT, but one which over time would transform our railways, the Inter City 125. Two of our main lines, Brunel’s line from Paddington to the west of England and the East Coast Route heading north to Leeds, Newcastle and Edinburgh have long straight stretches suitable for high speed travel. Neither line was electrified, both needed new diesel propulsion, the new conventionally engineered train proved ideal.

Unlike the APT, the 125’s design used familiar technology. To deliver the target power and resulting speed, the engineers chose to use two locomotives one at each end of the train. Between them was fixed rake of  carriages. This accounts for the distinctive two bursts of engine sound as one passes by. The total power on offer was 4,500 BHP, significantly more than the 3,300 BHP of the Deltic predecessor on the East Coast Route. More than power enough to reach the 125 MPH cruising speed goal.

Power is one thing, stopping is another. Braking was major challenge and was successfully achieved. Significant updates to track and signalling on the Paddington and Kings Cross lines to allow for 125 MPH running was another major task.

The engineers did their bit, but more was to come. Kenneth Grange, one of Britain’s leading industrial designers, known for the Kenwood Food Mixer, Kodak cameras and much more was appointed. His aerodynamic cab design for the Inter City 125 gives the train its distinctive appearance. A massive change in the 1970s from what had come before. It’s brilliance still shines through despite some poor modern colour schemes. The interior of the new Mark 3 coaches also got his input, the moderness of an aeroplane but far more spacious. He wasn’t the only expert brought in, cookery expert Prue Leith was part of the team. She set about working to improve BR’s notorious record on catering.

The Inter City 125 is in good company, it joins the Flying Scotsman and Mallard with a world record. In June 1973, the prototype train set a world diesel speed record of 143 mph, still unbeaten.

Following the public failure of the Advanced Passenger Train, British Rail were looking for a new flag bearer to deliver good news. The train in the APT’s shadow, seen by many as nothing more than a stop gap was now thrust into the limelight. They threw pretty well everything in terms of marketing at it. It had a catchy slogan, “This is the age of the train.” Some adverts featuring now disgraced celebrity, Jimmy Saville. Poster, TV and printed media advertising was widespread, nobody could be unaware that a revolution was underway in our railways. Dr Beeching made some big mistakes, but his vision of an Inter City railway was right and the HS125 was key to its success.

Almost immediately passenger numbers, falling for many years, began rising. Businessmen were attracted to the faster journey times, better timetables and comfort. Whereas domestic airlines had been the target competitor, more and more swapped their car for the train. About two hours in comfort to get from London to Leeds, enjoying a full english breakfast or a hot evening meal at your seat proved compulsive.

Other things were happening to improve our railways, but this train acted as flag bearer for them all. The West Coast route had to wait for many years until Pendolino could deliver faster times, but traffic still grew. The image of our railways had been transformed. One train and the inspirational people responsible for its design and marketing deserve full credit.