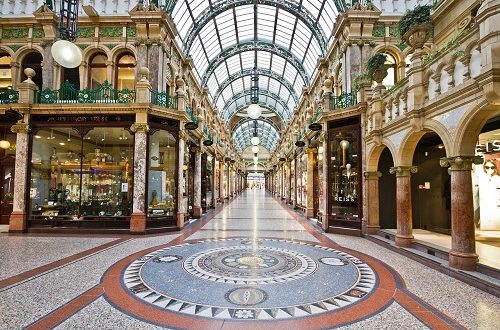 Leeds with its surrounding towns and cities is the UK’s fourth largest area of population. Whilst it might trail behind Birmingham and Manchester in size, it makes up for it in other ways.

Leeds expanded rapidly during Victorian times. Although textiles and tailoring were the most important, unlike neighbouring towns, its economy was diverse. It became an important centre for engineering, printing, chemical manufacture and later services. The same is true today, Leeds has the most diverse economy of any major city outside London. It is number two after London in finance and insurance with over thirty banks having branches in the city. It’s also number two for the legal profession and holds third place for manufacturing. Employing nearly 500,000 people, Leeds is the third largest city for employment.

Whereas many cities have witnessed decline since deindustrialisation, it has seen growth which is predicted to continue. Today, the city centre is thriving place for work and leisure. Having one of the UK’s largest student populations, give it a youthful appeal.

Being on the M1, well served by rail and air. Leeds is readily accessible from anywhere in the UK. Many hotels are near the centre enabling you to explore on foot. There is a good choice of hotels and restaurants catering for all tastes and prices are competitive.

For entertainment, theatres include the traditional Grand Theatre, the tiny City Varieties where the TV program “The Good Old Days” was made and The Leeds Playhouse with its two auditoriums. In addition, there are several museums, art galleries and cinemas to keep you busy. You can see some fine Victorian architecture, demonstrating the wealth of the city at the time. Cuthbert Brodrick’s Town Hall rivals that of Manchester.

Shoppers are spoilt for choice. Briggate and The Headrow, both pedestrianised are the main shopping arteries. There are several modern shopping malls, but the highlight is the arcades. Now known as the Victoria Quarter, the former County Arcade designed by Frank Matcham, the celebrated designer of many theatres has been restored to beyond its former splendour. It is now home to upmarket outlets such as Harvey Nichols.

Within the Leeds area you can find Roundhay Park, the ruins of Kirkstall Abbey and Temple Newsam. Harrogate, Ilkley and York are all in easy reach. Bradford with its popular media museum is about 8 miles to the west. Harewood House is just north of the city. Travel a bit further and you have Skipton and the Yorkshire Dales or travel beyond York to the North York Moors.

Previous Are Budget Hotels now the norm?
Next What’s in our Seas and Oceans?