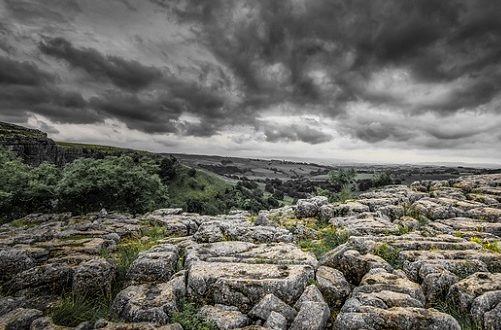 We frequently hear that we need to exercise more, so, how about taking up hiking and when your fit enough, take on the challenge of walking the Pennine Way.

Britain has a long history of ancient routes such as the Ridgeway and Fosse Way, as well as a comprehensive network of Right of Ways. Before the 1960’s however, we had no nationally recognised trails. Tom Stephenson a prominent player in the Ramblers Association who fought for access to the countryside is credited with the idea of our first national trail. It took over thirty years from his lobbying in the 1930’s to the official opening in 1965. There are now 16 nationally recognised and managed trails.

The route starts in Edale, a small village in the Derbyshire Peak District, traditionally at Old Nags Head pub. Heading north, you soon face the challenging crossing Kinder Scout. It follows the border between Yorkshire and Greater Manchester across challenging terrain to reach the Calder valley just west of Hebden Bridge, a popular stopping point.

It then passes through the wild bleak country depicted in Emily Bronte’s Wuthering Heights before arriving in the southern part of the Yorkshire Dales National Park at Gargrave, another popular stop. The Dales has some of the best walking in the country, and quite a few nice pubs as well. You pass some of the Dales top attractions; Malham Cove, Pen-Y-Ghent and the Settle Carlisle Railway before reaching the market town of Hawes for a well deserved stop. You’re not yet half way and the toughest bits are yet to come.

From Hawes you set out for Tan Hill where you can find our highest pub, the setting for double glazing and supermarket TV adverts. It’s then on to Teesdale with more to see and to celebrate the halfway point. Passing through the small towns of Middleton and Alston, you reach the Northumberland National Park, the third on the route.

You cross Hadrian’s Wall just west of the best known Roman Fort, Housesteads before the last insignificant trek across the Cheviot Hills to your goal, Kirk Yetholm and the Border Hotel.

There is a wealth of information online to help you plan your walk. Many choose to take their time, doing different sections at a time. Others, and you have to be pretty fit! do it in one go, typically taking 15-17 days. Being so popular, it is well served with places to stay and eat, although be prepared for long stretches of isolation between them.

Needless to say there are numerous guides and maps to buy or access online, weven one from A to Z. Alfred Wainwright’s The Pennine Way Companion is probably the most famous. First editions of which are now collectable. As with his famous books covering the Lakeland Fells, it contains the hand drawn maps and views describing the route, works of art! For completers of the walk, Wainwright until his death funded a free beer at the Border Inn. Never realising how popular the walk would be, reputedly, over the years, the gesture cost him around £15,000.