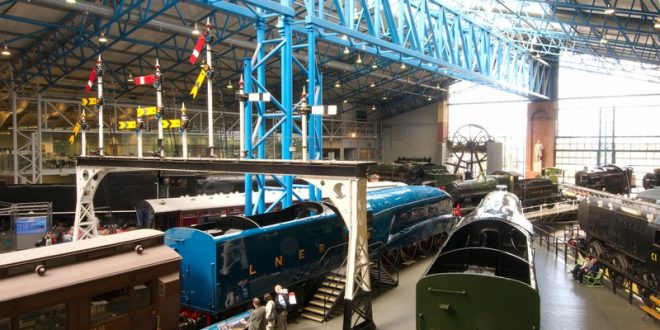 Visitors to the UK are frequently amazed that so many of our world class museums have free admission. In times like these, with household budgets under pressure a visit to one of these gems will be both enjoyable and wont break the bank.

Here are just some of the key free attractions to be found around the country:

National Football Museum
The old museum in Preston closed in 2010, the new museum is in the stunning Urbis building in Manchester, the home of two of our leading football clubs. Since opening in 2012, it has welcomed over one million visitors.
Urbis Building
Cathedral Gardens
Manchester
M4 3BG

The National Railway Museum
The City of York is a beautiful city to visit, walking around the ancient walls, exploring the ancient streets like the Shambles and visiting the magnificent minster, are all good reasons to visit. But for anyone with an interest in railways, The National Railway Museum is the must see attraction, it is home to Mallard, the world record holder for a steam engine and of course to The Flying Scotsman, the first to reach 100 mph, and the most famous locomotive in the world, these though are just the stars, the full supporting cast of other locomotives, ex royal trains and other railway memorabilia makes this a worthwhile day out.
www.visityork.org
Leeman Road
York
YO26 4XJ.
Tel: 0844 815 3139
Email: [email protected]

National Museum of Scotland,
From the age of dinosaurs to the technology of the future, the galleries contain treasures from around the world.
From meteorites to monsters from the deep, the Natural World galleries tell the story of our planet, while the World Cultures gallery link people and possessions across the globe. Follow the story of Scotland from prehistory to the present day in the Scottish galleries, marvel at a spectacular array of over 800 objects in the Window on the World and meet the Scots whose ideas, innovations and leadership took them across the world in our Discoveries gallery.
Chambers Street
Edinburgh
EH1 1JF
0300 123 6789

Glasgow, Kelvingrove Art Gallery and Museum
Kelvingrove Art Gallery and Museum is one of Scotland’s most popular free attractions. It has been a favourite with Glasgow residents and visitors since it opened in 1901. The museum has 22 themed galleries displaying an astonishing 8000 objects, brought together from across Glasgow Museums’ rich and varied collection, which is a Recognised Collection of National Significance.
Argyle Street
Glasgow
G3 8AG
0141 276 9599
[email protected]

London and the South East

The National Gallery,
Opened at its prestigious new site in 1838, the National Gallery houses the national collection of paintings in the Western European tradition from the 13th to the 19th centuries. It is open 361 days a year and there are over 2,000 painting in its collection.
Trafalgar Square
London
WC2N 5DN.
020 7747 2885
[email protected]

The Natural History Museum,
Housed in one of London’s most iconic buildings, the museum is a world-class visitor attraction and leading science research centre. It uses its unique collections and unrivalled expertise to tackle the biggest challenges facing the world today. They care for more than 80 million specimens spanning billions of years and welcome more than five million visitors annually, the dinosaurs and the blue whale being key attractions.
Cromwell Road
South Kensington
London
SW7 5BD
020 7942 5000
Email via their enquiries form

The Science Museum,
Aerospace, Space, Steam Engines, Medicine, Computing and the Environment are just some of the areas of interest in this famous museum, the Science Museum has attractions for all age groups.
Exhibition Road
South Kensington
London
SW7 2DD
0333 241 4000
[email protected]

The Royal Parks,
London is rightly famous for it’s parks providing breathing and recreation space for both residents and visitors alike. Hyde Park and Kensington Gardens are an ideal place for picnic after visiting Oxford Street. St James’s Park and Green Park after your visit to Buckingham Palace. Regents Park is slightly to the North whilst Greenwich has a stunning location to the East of London overlooking the river Thames whilst Richmond Park, the largest allows you to picnic in sight of the deer herds.

Coventry Transport Museum,
For anyone with any interest in motoring, a visit to this wonderful museum in the home of the British Car industry is an absolute must. The Museum’s collection consists of motor cars, commercial vehicles, cycles and motorcycles. The museum has just completed a £9m major redevelopment, it is justifiably rated as one of the finest motoring museums in the world.
Millennium Place
Coventry
CV1 1JD
024 7623 4270.
Email via their enquiries form

The Samuel Johnson Birthplace Museum,
The Museum stands in the centre of the historic city of Lichfield, which remained close to Johnson’s heart throughout his life. Best known for his Dictionary of the English Language, Johnson spent the first 27 years of his life in the large, imposing house which overlooks Market Square, frequently returning until shortly before his death in 1784.
Lichfield
Staffs
WS13 6LG
01543 264972. 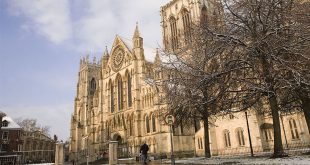 How will you be spending the bank holiday weekend travellers?