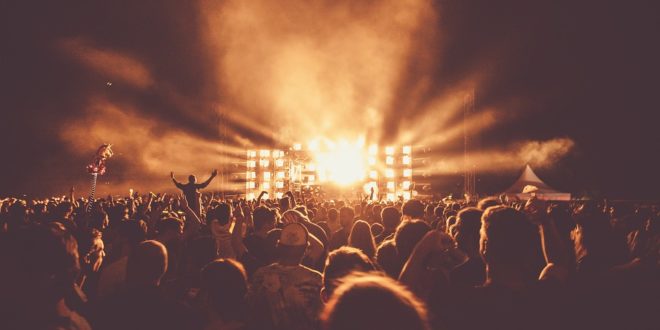 4 European Music Festivals You Need To Visit At Least Once

European festivals are known for offering the best of both worlds. With internationally known acts and DJs, great weather and cheaper prices than UK festivals, it is no surprise that the many different European music festivals are getting busier each and every year. With locations all over Europe, from some of the most stunning beaches and isolated islands, it can be hard to know where to choose to go for your first European festival.

Over the past 10 years, these festivals have seen a huge surge in the number of visitors, but with so many locations and music genres to choose from, where should you add to your list? Here are 4 European music festivals which you need to visit at least once!

If you’ve ever been to Glastonbury, then you are sure to appreciate the sheer size and scale of the Roskilde festival in Denmark. For a week between June and July, over 130,000 festival goers and 32,000 volunteers descend on the town of Roskilde, which only has an average population of just over 50,000 inhabitants. Although the UK has its fair share of unique and individual festivals, Roskilde festival is one of the biggest, both culturally and musically, in Europe and has been going since 1971.

All of the profits go to charities who support cultural and humanitarian projects all over the world, which is all made possible to the thousands of volunteers who work before, during and after the festival. Roskilde is just a 30-minute train ride from Copenhagen train station, so is easily accessible for most travellers and then during the festival, there is another special train service which heads directly to the festival. You can camp there for the week, but there are also day tickets available.

Set across 8 whole days, the Benicàssim festival, or (FIB) is one of the most popular in Europe, for all of the right reasons. With great weather, laid back atmosphere and just a stone’s throw away from the beach, if you’ve had enough of paying a small fortune to spend a weekend cold and muddy at a UK festival, then Benicàssim is definitely a must-do.

Benicàssim is a small coastal town that is close to plenty of the airports on the Spanish mainland. It is very organised and getting to and from the airports couldn’t be easier thanks to the transfer service. With some of the biggest acts headlining the stage, it means that tickets usually sell out pretty fast, and who would be surprised with sand, sea and sunshine!

One of the many popular Ultra festivals which take place all over the world, Ultra Europe is one of Croatia’s up and coming festivals. Located in Split, Ultra Europe has the perfect mixture of music and beaches and is held in Split’s football stadium. There are three stages, with the main one being inside of the stadium and two smaller ones just outside. This festival attracts a very international crowd, so it does get busy.

It is a must-visit destination for festival fans all over the globe and definitely has much more of a party vibe than your standard festival, so be sure to pack your glow sticks, festival glitter makeup and bright clothes! There is always a lineup of some of the world’s best DJs and musicians in the house and electro niche to enjoy – one thing which you can be sure of with Ultra Europe is that the line up will be impressive.

You’ll find the Sziget festival in the beautiful city of Budapest, tucked away on the island of Obuda (dubbed the “Island of Freedom”), and the best way to experience it is through camping. It is a great mixture of a laid back and a full-on festival experience, so you won’t feel as though you are missing out on anything and whether you choose to stay for the full 7 days or just a 2-day venture, it is worth it.

Thanks to being in such a popular tourist destination, the transport to and from the festival is easy enough. There are also options for a Budapest Card, which gives you unlimited travel on public transport and entrance into many of Budapest’s museums. The headline acts at this festival tend to come from the UK and European pop scene, so expect a mixture of festival-goers.

Previous How will you be spending the bank holiday weekend travellers?
Next 6 Italian Locations To Add To Your Bucket List