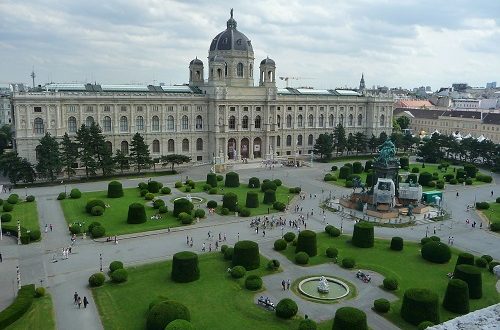 The Austrian capital, Vienna is overlooked by many UK visitors, it shouldn’t be, Vienna is one of Europe’s greatest cities with much on offer for a city break.

Although the city’s roots can be traced back to before the Roman period, modern Vienna has its roots in the nineteenth century. The giant Austro-Hungarian empire governed much of central Europe including all or parts of modern day Austria, Hungary, Italy, Germany, Czech republic, Slovakia, Poland, Bosnia, Romania, Serbia and Croatia. The empire ended with the First World War leading to a mixed period in Austria and Vienna’s existence.

For a while, Vienna like Berlin in pre-unification Germany, was a city divided between East and West. It’s status as capital of an independent country was restored in 1955 with the signing of the Austrian State Treaty, a condition stated it must remain a neutral state.

Today, Vienna is one of Europe’s largest cities, it is frequently ranked as having one of the best standards of living. It’s also home to a number of international organisations including OPEC and IAEA. English is widely spoken.

The Empire’s emperors wanted a city to impress, they certainly achieved their goal. Throughout the city there are grand buildings, palaces, museums and theatres. Choosing the must sees is not easy, here is an attempt;

The Ring Road (Ring Strasse) is where you can find the Opera House, Government buildings and the Hofburg Palace. The palace now includes museums and the former royal apartments. The Kunsthistorisches Museum houses art treasure from the emperors. The dynasties former Summer palace, the Schönbrunn offers tours and beautiful gardens.

On the Big Wheel (Wiener Riesenrad) you travel in private rooms, being around one hundred years old, it has a great charm, as well as giving lovely views.

In the Museum Quarter, you are spoilt for choice for culture, bars, cafes and restaurants

Vienna has a strong claim to be the city of music. Mozart, Strauss and Schubert are just some composers that have lived there. Throughout the city these and many other composers works are regularly performed. The Vienna State Opera is worth a visit for the architecture alone, better still with music. There are many theatres around the city including the English, where as the name suggests performances are in English! The National Theatre is a beautiful building dating back to the Hapsburg empire, performances are in German, but tours are offered in English.

Not surprisingly, being a rich city, eating and sleeping is not cheap, quality standards though are high. Look out for inclusive breaks with the leading travel companies. For something special, the five star Sacher Hotel faces the opera as well as grand rooms and restaurants it is home of the famous Original Sacher-Torte.

It’s an international city, so most tastes and diets are catered for.