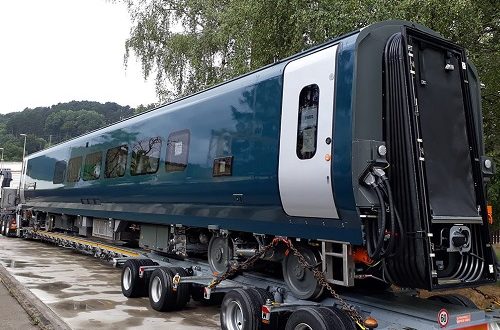 Not so long ago, the Sleeper service between Scotland and London looked bleak. Dated rolling stock, poor marketing and under investment, all taking their toll. But, fortunately some influential players had other ideas!

Serco, the outsourcing company took over the franchise in 2015, rather than giving the dated trains a new coat paint and logo, their aims were more ambitious. With financial support from the Scottish Government, Serco have ordered 75 brand new carriages for the new Caledonian Sleeper service. They are due to enter service in Spring 2018. Until then the service uses the existing train stock.

The new trains will allow the service to compete head on with hotels, for the first time, some compartments will feature double beds and en-suite shower rooms. Decor will be modern hotel style.

The Caledonian Sleepers are among the few British trains that still split (or combine depending which we it is going) to serve different destinations. The Highland route serves Aberdeen, Inverness and Fort William, the Lowland Route Edinburgh and Glasgow. Both serve intermediate stations in Scotland, there are limited stops in England.

Both routes pass some spectacular scenery, but only mid Summer travellers will benefit from this. Travel times are expected to be similar, for example the existing service leaves Aberdeen at 9:45 pm and arrives the next at Euston at 7:45 am.

New trains for the sleeper

Across the world, old services are improving and new ones appearing. The focus is on luxury rather than speed to take on airline competitors. Austria and Ireland are introducing new services. Further afield South Africa’s Blue train links the nations two capitals.