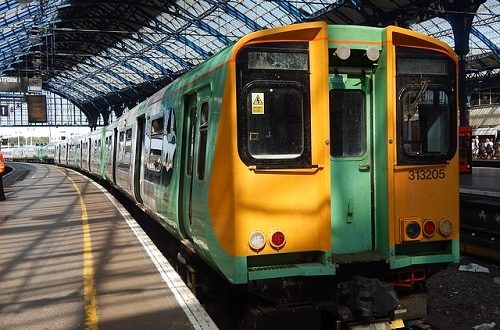 Shift from Public Transport to Roads

According to the RAC, reliance on cars to get us around is increasing, reversing the trend downwards since 2012. 33% of us claim reliance on motoring, up from 27%, a year ago. Public transport failings are cited by many as a key reason behind the shift.

Department for Transport figures show the number of local bus passenger journeys in England fell by 1.5 % year-on-year in 2016/2017. Rail passenger journeys during 2017/18 decreased by 1.4 % compared with the previous 12 months, according to Office of Rail and Road statistics.

Considering that road transport is a significant contributor to poor air quality, these figures are disturbing.

According to the RAC report, 24% blame deteriorating public transport, breaking this down further;

Without doubt, on the railways, 2018 has been disastrous.

In May, a major new timetable introduction led to chaos hitting Northern Rail and Govia Thameslink in London particularly badly. In these areas around 800 trains were cancelled daily. Adding fuel to the fire, the government, state owned national rail and the operating companies seem to blame each other rather than work cohesively as a team.

Also this year, the premium East Coast Route franchise failed. The joint venture between Stagecoach and Virgin has been taken back under government control. Network Rail is blamed for failing to deliver promised improvements whilst the franchisees are accused of being over optimistic.

Electrification has also hit the buffers. The cost of electrifying The Great Western route is reportedly three times over budget, so other plans have been scrapped. As a result we will be continuing to use polluting diesel locomotives, even buying new ones.

The RMT union is also playing its part in public transport failings, their ongoing strikes over the continued need for guards whether justified or not, has led to service unreliability.

Crossrail, the new railway under London, which for years we have been told, was on time and on budget is no such thing! It will be a nearly a year late and will exceed its budget by something like £600 million.

Each year fares are put up, yet the service is more crowded and more unreliable.

And the Good News

Although the above points make miserable readings, the longer term picture is more positive. The system is undergoing the biggest modernisation scheme since the Victorians created it. 1.7 billion journeys are made each year, nearly one million more than before privatisation. It had dropped as low as 600 million in the 1980s.

New routes are opening, part of the much missed Waverley route has been successfully opened transporting commuters from Scottish Border towns into Edinburgh. Crossrail will carry 10% of London’s East-West commuters relieving existing overcrowded lines. HS2 whilst controversial will ease overcrowding on the two main North-South Routes. Lastly East -West rail, the former route between Oxford and Cambridge foolishly closed by Beeching is a candidate for reopening.

After decades on bad and under investment in the latter half of the twentieth century, railways are again growing and being improved.

Supporters of privatisation will cite the success in passenger numbers, it is difficult to deny this. It’s also clear that the private train companies get the blame from the public when the underlying fault often lies with National Rail.

Opponents of the present setup will point to the disconnect between the people providing the infrastructure and those running the trains.

Both sides of the argument have their point, the disastrous timetable changes earlier this clearly show there is an issue, hopefully the government will belatedly make the efforts to solve it, one way or another!