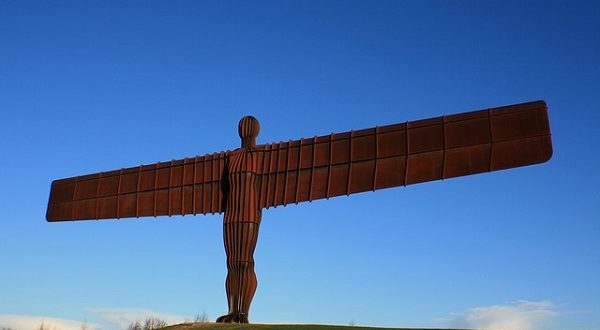 The USA has Route 66, still famous because of the song but now a shadow of it’s former self. The Great North Road or A1 from London to Edinburgh is our answer. About 400 miles long, it is our longest road. The A1 as it is more commonly known lacks a famous song, but as with it’s US cousin is also a shadow of it’s past.

It is not as often thought a former Roman route, although a part of it is close to Ermine Street.

Before railways and motorways, stage coaches plied the route we now know as the A1 and A1(M). The grand description of the road was somewhat overstated. For centuries it was more or less a series of mud tracks linked together. The route through history has been fluid, North of Boroughbridge in North Yorkshire there were two routes West and East ultimately rejoining near Darlington.

Unlike with modern bypassing, the old road did the opposite, joining every town along the way. Prior to the opening of the railways, the route and the various inns along it boomed, serving the heavy stagecoach traffic. Many of the towns still have former coaching inns witnessing their former role. Coaching Inns provided overnight accommodation, food and stabling for horses. At several, the extensive stabling, has been now converted for other uses. Outside of the towns, few of the former inns along the road remain. The Ram Jam Inn in Rutland one of the most famous. It was a rare survivor, but despite reputed Dick Turpin connections it was a sorry looking and closed the last time I passed.

Dick Turpin if the legend is correct (which is highly unlikely) rode from London to York on his horse Black Bess in under 15 hours. Whilst he did get to York, it didn’t do him much good. He was caught and executed there! His final home, a prison cell can be seen in York’s Castle Museum.

During the 1920’s the then Ministry of Transport set about the task of numbering our main road routes. As befitting it’s status as the road connecting London and Edinburgh, it got top billing, the A1. Other principle routes out of London were then numbered sequentially in a clockwise direction, A2, A3, A4, A5 and A6. The A7, A8 and A9 are similarly allocated to roads around Edinburgh. What were considered roads the next rung down in importance have two numbers. We get the A10, A11, A12 and A13 between the A1 and A2. One assumes that roads like the A14 and A74, now key trunk routes were less important in the 1920’s.

Following designation as the A1, little changed, other than being renamed, it remained a collection of local roads, (not unlike today’s London’s South Circular). In a piecemeal approach various bypasses opened to relieve traffic pinch points, These deviated from the original route. Either thankfully relieving old towns of congestion or in other cases, depriving them of important income. Locally the old routes are often still known and sometime officially signposted with the old name.

After the first World War, lorries surplus to the army’s requirements flooded the market leading to a growth in freight transport by road. The Great North Road, lived up to it’s name providing the main route from London to Scotland as well as to important towns such as Leeds, Newcastle and York. Traffic grew and facilities to keep drivers refreshed mushroomed. Unlike on the later Motorways, there was plenty of choice, competition kept prices down and being less corporate, they were seen as being friendlier.

Post WWII, as the economy recovered and railway use declined, traffic grew even more and the piecemeal improvements could’t keep up.

For drivers, it could be hazardous. Some sections were single carriageway (some still are north of Newcastle), many roundabouts, some incredibly dangerous right turns across fast moving traffic, slow moving agricultural vehicles, not to mention cyclists and even pedestrians crossing. By the mid 1950’s the road was gaining a notorious reputation with frequent delays and accidents.

The governments belated answer to the problem not just on the A1, but on other main routes as well, was the motorway system. Rather than upgrade existing roads, new roads on new routes with limited junctions designed for higher speeds were built. This approach was similar to that adopted in the USA, France and Germany.

The first section of the M1 opened in 1959. Whilst it travels north, it is further west than the A1, nearer to more important towns and cities. Initially it is closer to the A5 out of London, before joining the route of the A6 further north. The opening of the M1 had the desired effect, A1 traffic declined. Perhaps ironically leading to the A1’s last heyday. For many the more relaxed A1, with more choice of stops and arguably better catering was the preferred choice. Although many independent cafes by this time had closed, there was an abundance of Little Chefs, now also largely extinct.

Until the M1 was extended further north, it remained the main route to Newcastle and the North-East.

Revival, The A1(M), slow progress to a Motorway

As traffic and congestion grew on motorways and other roads, planners saw the A1 as a way to relieve overcrowding on the M1. Over many years and still underway, new bypasses have been built. Some older bypasses such as at Wetherby, have been re-bypassed. At one time, the whole route was considered for updating to Motorway, perhaps it is still in a plan hidden somewhere!

Today we have a curious mix. There are sections such as those near Peterborough and north of Ferrybridge into North Yorkshire meeting top motorway standards. There are older motorway sections near Doncaster and Stevenage in need of updating. Joining these together, there are some sections of interest to road building historians, it is on these few remaining sections that the few remaining small stops are to be found.

Although the M1 and the M40 are the main routes to the North from London, neither reach their ultimate goals. The M40 joins the M42 near Birmigham before the M6 takes you to the North-West and ultimately to Glasgow on the M74. The M1 gets you further North, passing close to Coventry, Leicester, Derby, Nottingham, Sheffield, Bradford and Leeds. If your destination is further North, then it is our faithful Great North Road or A1 that takes you there.

The first motorway to link the M1 to the A1 was the M18 opened in the 1970’s. This became the main route for many to reach further North. In 1999 a second link was opened. A new section of M1 East of Leeds joining the A1(M) near Bramham, South of Wetherby. This provides a more continuous driving experience to the North-East. Some even argue that the A1(M) should be renamed the M1.

Slowly and saddening for many, the Great North Road of folklore has died. The inns, taverns, cafes and truck stops that gave it character have gone. For much of it’s route, the A1 passes through areas with little to see from the road. Now, much of the A1 and A1(M) are little different to any other main road with their Motos and other large operators.

There are still sights to see if you venture off the new roads and one fairly new one to see as you approach Gateshead from the South. England’s North-East celebrates it’s main road from the South with pride. The stunning steel artwork designed by Antony Gormley, The Angel of the North with a wingspan of 177 ft overlooks the road, welcoming the visitor to the region.